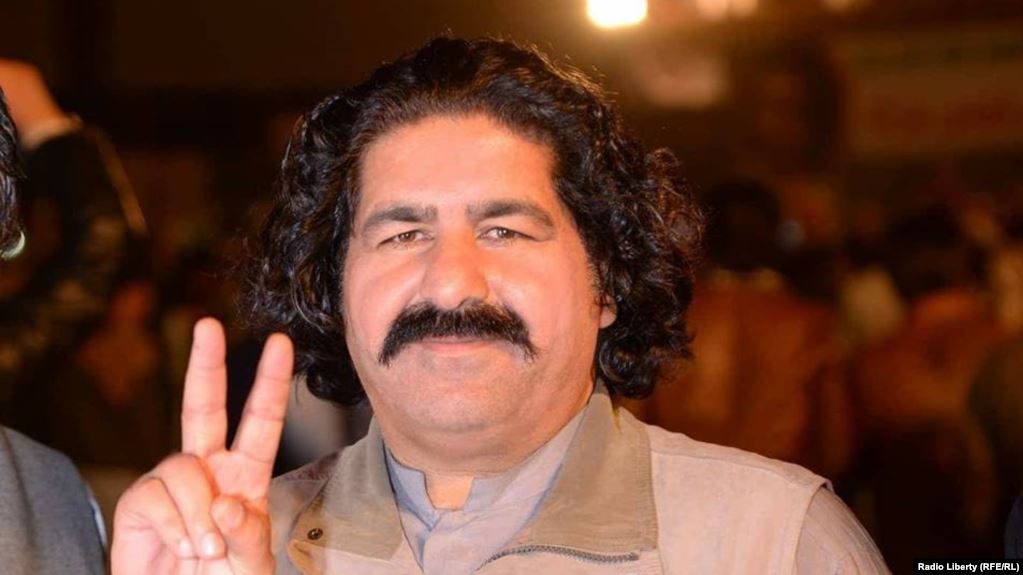 Ali Wazir, a lawmaker and prominent ethnic Pashtun rights activist, has been arrested on unspecified charges.

A police official who took part in the December 16 arrest in the northwestern city of Peshawar told RFE/RL that Wazir was “wanted” in the port city of Karachi, where he said police had been registered a case against him.

Wazir would be transferred to Karachi, according to the police official, Shahid Khan, who did not provide details about the charges.

Wazir, one of the leaders of the Pashtun Tahafuz Movement (PTM), was arrested while he was attending a public gathering marking the sixth anniversary of the massacre of more than 150 people at a Peshawar school in December 2014, according to Manzoor Pashteen, the civil rights group’s leader.

“The arrest of Ali Wazir in Peshawar is representative of the continuation of repression of state,” Pashteen tweeted.

In a video uploaded on Twitter earlier in the day, Wazir said police had barred him from entering Peshawar.

His arrest comes days after the PTM staged a rally in Karachi on December 6.

International rights groups say authorities have banned peaceful rallies organized by the PTM and some of its leading members have been arbitrarily detained and prevented from traveling within the country. Some members have also faced charges of sedition and cybercrimes.

The movement has campaigned since 2018 for the civil rights of Pakistan’s estimated 35 million ethnic Pashtuns, many of whom live near the border of Afghanistan where the military has conducted campaigns it says defeated the Pakistani Taliban.

But the PTM accuses Pakistan’s security services of cooperating with the “good Taliban” fighting in Afghanistan and allowing militants to return to the mountainous area.

The movement has attracted tens of thousands of people to public rallies in recent years to denounce the powerful Pakistani Army’s heavy-handed tactics that have killed thousands of Pashtun civilians and forced millions more to abandon their homes since 2003.

The PTM has been calling for the removal of military checkpoints in tribal areas and an end to “enforced disappearances,” in which suspects are detained by security forces without due process.

Pakistan’s government rejects allegations that its security forces cooperate with militants, pointing out that the military has lost thousands of soldiers fighting the Pakistani Taliban. It also denies intelligence agents are responsible for forced disappearances.