Who is the infamous Shafiq ur Rehman Mengal? Report by Aslam Khan 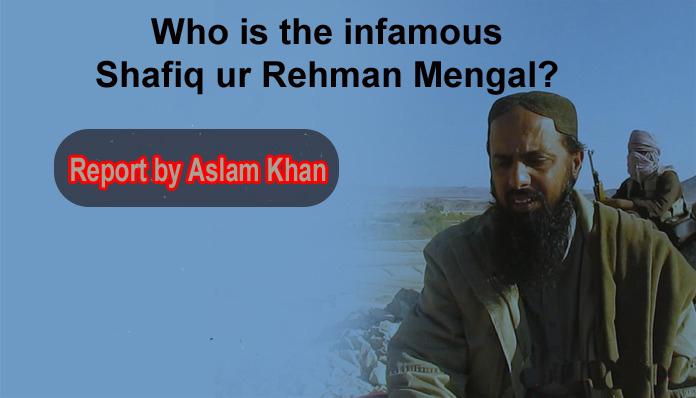 The infamous Shafiq-ur-Rehman Mengal is the grandson of Naik Muhammad Muhammadzai, a 1973 Baloch national traitor and the son of Naseer Ahmad Muhammadzai, the pawn of the occupying state of Pakistan. Raised in turbulent madrassas where immorality, vulgarity and degradation were at their peak. The environment nourished Shafiq to become a monster.

At his young age, Shafiq became associated with the extortion mafia of Karachi. Extortion and other anti-social activities became part of his daily life. Apart from Karachi, he started sponsoring kidnapping for ransom groups in inner Sindh. He chose Hyderabad as his centre in Sindh.

When Musharaf’s military government came to power in 2000, the struggle for Baloch independence once again recommenced. The state had to activate its agencies to hinder the trail to independence. Agencies often pick anti-social elements from society to stop political activities.

Shafiq Mengal and his brother Atta-ur-Rehman were useful and trustworthy assets. After all, they belonged to a traitorous family always loyal to occupying forces. Both brothers were recruited in ISI and Khuzdar was assigned to brothers to crash the Baloch national struggle in the district.

In the meantime, as the Baloch armed groups intensified operations in the Khuzdar district, duo-brothers assigned a task to their local gangs, especially their uncle Qoodus Muhammadzai Mengal to suppress the Baloch freedom fighters. Besides, Shafiq started working with other people including famous car lifter Rasheed Kulti, ISI disguise journalist Faizuddin Sasoli, Ghulam Rasool Mohammad Hasani, an agent of ISI and the father of Zakaria ( a famous Death Squad operator).

In Zehri, Murtaza Zehri and Mir Ayub Jattak’s son-in-law was given responsibilities to counter the Baloch national struggle and a death squad was formed in the name of Baloch Musallah Defa Tanzeem (Baloch armed resistance Organisation).

Meanwhile, the Baloch freedom fighters began clearing Khuzdar by eliminating Shafiq’s uncle Qoodus and other death squad members and operatives, the brothers along with other religious fanatic groups such as Lashkar-e-Jhangvi founded the religious extremist organization Haq na Natwar ( The voice of Truth) and set up training camps in the western hills of Baghbana, near Khuzdar and a second base camp in KhatiKappar district Khuzdar.

The Taliban also set up its central camp on a huge property in the costume of a madrassa near Jhalawan complex Bus stop, Khuzdar, this camp was linked with Baghbana and Khatikappar camps. Shafiq Mengal with the coordination of state intelligence agencies began kidnapping and killing activists of the pro-freedom parties who were campaigning for the freedom of Balochistan openly using peaceful means.

The major achievement of these religious extremists was a military operation with the help of the Pakistan army in Tootak on February 18, 2011, where they raided the entire village, abducted dozens of people and made them disappear, many of whom were martyred later. After these brutalities, Shafiq Mengal established his main camp in the village of Tootak, district Khuzdar.

In the meantime, he allied with Mir Zeb Zehri (nephew of ex-CM Nawab Sana Ullah Zehri), who set up his two camps in areas of Zehri, district Khuzdar and Ghoneko, district Kalat. On the one hand, they start targeting Baloch freedom fighters, on the other hand, they began looting the travellers on the Karachi-Quetta road, lifting cars and looting passengers travelling in the coaches and minibuses on national highways become a normal activity.

In 2014, when mass graves were discovered in Tootak, Pakistan’s reputation became at stake, it was a major outbreak, people were anger against death squads and the Pakistani military. The local death squads split after the discovery of mass graves. Pakistan wanted to coverup the story of mass graves, therefore, dismantled some groups temporarily. A rift emerged between inactive and active groups, they became enemies. In a confrontation, they killed more than fifty members of each other. The major factions belonged to Mir Zeb Zehri and Shafiq ur Rehman Mengal.

Then the differences between Mir Zeb and his cousin Doda Khan escalated and there was a disagreement between Shafiq Mengal and Mula Barkat. The mass graves of Tootak had a direct effect on Shafiq Mengal. Shafiq Mengal captured and killed Mula Barkat during their internal conflicts. Agencies were upset by Shafiq Mengal after the discovery of mass graves and the murder of Mulla Barkat. MI and ISI also turned against each other and disagreed on the handling of matters in Balochistan.

The torture cell set up in the residence of Khuzdar’s Deputy Commissioner supervised by Deputy Commissioner Waheed Shah was temporarily closed. Meanwhile, Mir Zeb and his cousin Sikandar Zehri son of Sanaullah Zehri were killed by the Baloch Liberation Army in an IED attack۔ Shafiq Mengal’s status and grip reduce after this incident because it is said that when Mir Zeb was killed, there was mourning in GHQ Rawalpindi. The GHQ believed that they had suffered a great loss because of Shafiq Mengal’s stupidity and selfishness.

Following that, Zakaria Muhammad Hasani and Shakeel Durrani became active in Khuzdar. After being underground for a long time, in 2020, Shafiq ur Rehman was summoned to Islamabad and was given a new responsibility by the ISI. Six months later, he returned to Quetta and held a press conference. The political circles expressed concern that once again arrangements have been made to reactive these notorious groups in Balochistan.

In this regard, Shafiq Mengal has recently gone to Islamabad and is working with Rana Ashfaq, the head of Hafiz Saeed’s party Milli Muslim League, to come up with a new strategy. Credible sources said that the ISI had also arranged a meeting with the infamous international terrorist Hafiz Saeed. It is believed that once again, various religious groups in Balochistan will be united and start their activities under the banner of ISIS.

The suicide bombers will be exported to India, Kashmir, Afghanistan and other countries for the so-called Jihad. While the remaining jihadis will be trained to fight against the Baloch freedom fighters and to help the Pakistani army during military operations in Balochistan.