The Coronavirus pandemic is all set to change the world. Nope, I am not talking about the newly hyped “Work from Home (WFH)” culture or about the never ending trade wars among super powers. I am, in fact, pointing towards a much bigger change that takes place after decades of decadence in civilizations.

Yes, it’s the world order that’s changing. And the novel Coronavirus, aka the novel ChinaVirus, has only expedited this change. So in this post-Corona world the earlier economic models will give way to newer businesses, and, importantly, international boundaries will be redrawn.

In the post-Cold War system, soft power rested within a bunch of haloed institutions such as the WHO (World Health Organisation), UNHRC (United Nations Human Rights Council) and others under the tutelage of UNO. These soft power centres are now wobbling. Even multilateral trade bodies such as the WTO (World Trade Organisation) that had been under severe strain will now face fresh irritants.

Coronavirus pandemic has only accentuated these strains such that the fissures are now visible as large cracks. And, as these cracks widen the older world order will give way. It’s no longer a question of “If”, not even “When” because the novel Coronavirus has already ushered in this change, which is underway. The real question to ponder upon is “How” will the world order change and “What” shape it could take in the future.

US President Donald Trump withholding the funding of WHO is one of the decisive blows. The symbolism of Trump’s action is momentous. Already there were loud murmurs over WHO Director-General Dr Tedros Adhanom’s mishandling, misreporting and blatant favouring of China about Coronavirus and its origin during the last couple of months. Despite new age media organisations and social media being awash with exposes of Dr Tedros’s partisan behaviour, the mainstream media took it upon itself to defend Tedros’ actions. Just when this mainstream media had managed to cement the narrative that Dr Tedros is a ‘saint’ who along with Communist China was working to save humanity from the deadly Coronavirus, President Trump spoiled the party. On April 14, President Trump announced that the US will withhold over $400 to $ 500 million grants-in-aid to the WHO. The world was stunned at this announcement that came in the middle of a global pandemic. US is the major donor nation to WHO. At $40 million, China gives a mere one tenth to WHO, when compared with US’ grants. Yet, if the WHO chief Dr Tedros has blatantly favoured China then it points to severe accountability issues within WHO and that’s the underlying message in Trump’s diktat.

US withholding funds to WHO is a major embarrassment that has put a big question mark over its credibility, and also on its future. Mind you, WHO is no small organisation, its representatives sit on member nation’s government health panels and even have a say in deciding the health policies of member countries.

Well, WHO is just the beginning, it’s the first loose brick that could be pulled out from the decrepit wall of United Nations. US under President Donald Trump has understood China’s gambit of infiltrating international organisations with its sympathisers and (mis)using these platforms to expand its influence. This is part of China’s statecraft.

The next in line could be UN’s Human Rights Commission. Trump had already given indications that UNHRC has been compromised. In fact, almost all big brand global human rights organisations have become the den of radical Islamists and China-backed communists and their dismantling will be the next in line.

These changes will not stop here. American and European Universities where China could plant its ‘scientists’ and ‘research scholars’ to siphon off research of importance will now come to a halt. China’s stratagem of enriching itself with the invention of others will now fall flat. It would not be able to enrich itself by copying the scientific achievements and stealing away the patents. That time is passé.

European corporate giants that have seen their businesses suffer due to Coronavirus pandemic are also expected to harden their stance. Further, in yet another move with great symbolic significance, Julian Reichelt, Editor-in-Chief of Germany’s largest newspaper Bild has sent a bill of $165 billion (Euro 150 billion) to China as claims for damages to the German economy. The point is not about the locus standi of Germany’s claims on China, rather about an indication of the mood in Europe. Ditto for Italy, France, Spain and UK that have literally been brought to their knees due to the Coronavirus pandemic.

Unlike China’s totalitarian Communist regime, Europe is a vibrant democracy where the masses have seen through the real face of China and its virus. Popular opinion is heavily anti-China in Europe. As and when this Coronavirus is tamed, the European business conglomerates will pull out of China and scout for different regions across the world. The potential suitors could be East Europe, India, Vietnam, East Asia and parts of Latin America and Africa. Already corporate boardroom discussions are centred on shifting manufacturing bases out of China. With corporate biggies stepping out of China the smaller ones will follow suit resulting in a direct impact on the employment prospects of over 180 million people that mainland China employs in export related jobs.

As these changes take effect they will provide enough ammunition on ground to fuel a widespread discontentment across China.

The trickle down effects of these changes will have an adverse impact on the core of production ecosystems built diligently across China. In the post-Corona world order with production bases shifting out of China in droves there’s bound to be massive job losses within mainland China. This will create seismic waves for the ruling communist party and for President Xi Jinping. Xi Jinping, CCP (Chinese Communist Party) and the People’s Liberation Army (PLA) have been ruling China with an iron hand and have managed to quell all dissent. Till now. Supressing dissent will be much difficult this time. Pro-democracy protests in Hong Kong will be come back with renewed vigour and will be ably supported by mainland Chinese workers. Whether there will be a repeat of the 1989 Tiananmen Square protests or even far greater than that is too early to predict. All will depend on how cohesive Xi Jinping is able to keep the burgeoning People’s Liberation Army together. Amidst all these fault lines, even a single spark of dissent amongst the senior ranks of Chinese Army might cause China to implode.

The economic recession that was being brushed aside over the last couple of years is now staring in our face. Crude oil price is at a historic low. WTI (West Texas Intermediate) prices in the US touched the negative domain for the first time in history. Negative price meant sellers were willing to pay the buyers to lift crude oil stocks. This means OPEC (Organisation of the Petroleum Exporting Countries) members (read Middle East Islamic nations) will be under pressure. It’s an open secret that radical Islamic fundamentalism across the world is funded by petrodollars. And these Islamic fundamentalists have always found support in Communist-controlled mainstream media groups. In the post-Corona world both will have their backs to the wall. Trump has already declared war against mainstream media by calling it “LameStream”. With petrodollars vanishing into thin air and China under severe strain, the Islamist nations and China will get closer to create a joint front or enter into a formal military alliance.

As a fallout of this unholy alliance, Pakistan that’s virtually on the brink of economic meltdown and has loaned its nation to China in the form of CPEC (China-Pakistan Economic Corridor), will be willing to dance to the tunes of its Chinese masters.

But there’s a twist in this tale.

Pakistan is staring at major upheavals across its two poles. On its North, the Pakistani Pashtuns are getting restive and defying the authority of Rawalpindi. Pashtuns across the practically defunct Durand Line in Afghanistan are increasingly associating themselves with the demands of their Pashtun brethren on the Pakistani side. As fault lines accentuate in this post-Corona world, Pashtuns will be at odds with the China-Pakistan nexus.

Down South, the Baloch freedom fighters have stepped up their efforts to seek independence of Balochistan from Pakistan. Despite Pakistan Army’s desperate attempts to subjugate Balochistan, the Baloch freedom fighters keep striking at regular intervals on strategic CPEC locations. A few days ago Balochistan Liberation Front (BLF) fired rocket missiles at the under construction Gwadar International Airport putting an abrupt halt to the Gwadar airport operations. Such attacks are likely to increase in post-Corona world that will ensure that the $60 billion CPEC remains a pipe dream for both Pakistan and China.

In the coming months, both Balochistan and Pashtun movements that are already at odds with the China-Pakistan nexus will gain momentum and redraw the international boundaries in South Asia.

Postscript: The transition in world order will happen sooner rather than later. And this transition will be quite painful. As a marked departure from earlier changes, this time the distinctions between opposing camps will not be water tight. Despite a surge in nationalism, division between opposing camps will be fuzzy and not according to the national boundaries. Individuals and groups who had thrived in the earlier set up, either from UN organs or with blessings from Chinese-Islamic nexus will form an alliance. The conflict will be about thoughts and ideologies. 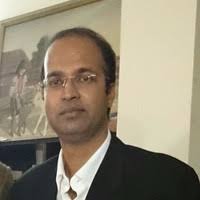