Sindhi Baloch Forum to hold a protest in London on International Day of the Victims of Enforced Disappearances. 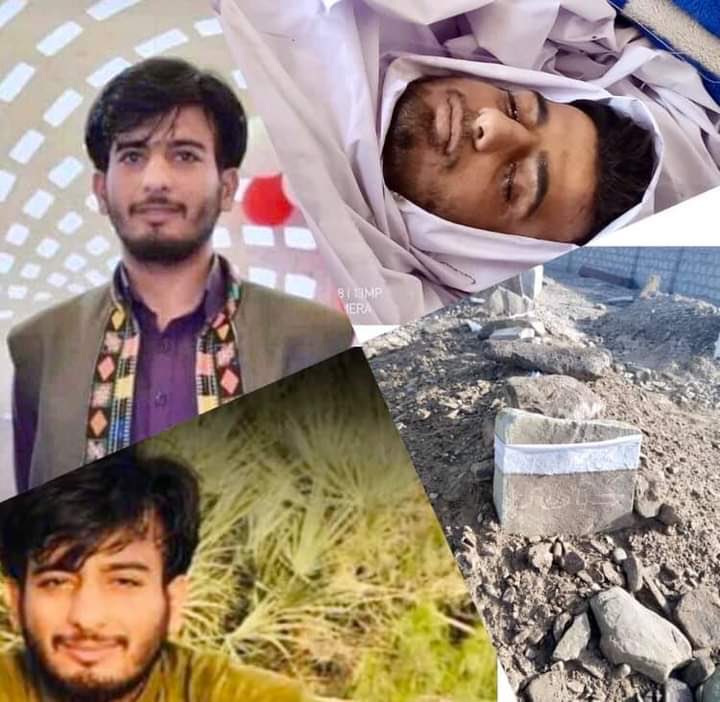 The Sindhi Baloch Forum (SBF) has announced to hold a protest demonstration outside the Houses of Parliament in London on Sunday 30 August 2020, marking the International Day of the Victims of Enforced Disappearances.

The announcement comes at a time when Sindh and Balochistan witness a rapid increase in the forcible disappearances of the Sindhi and Baloch dissidents from all spectrum of life by the Pakistani military and its paramilitaries to quell the national struggles of the two brotherly nations for their socio-economic and political rights.

In its statement, the SBF denounced the reparation mechanism of the state military establishment who attempted to abduct Hani Gul Baloch and Shazia Chandio in Karachi to disrupt the peaceful protest of the families of Sindhis and Baloch subjected to enforced disappearances.

“More than 50 political activists from different areas of Sindh were subjected to enforced disappearance whose whereabouts are not known, whereas, according to the Voice for Baloch Missing Persons, the cases of enforced disappearances in Balochistan are above 40 thousand, the mutilated dead bodies of many have been recovered in the last many years”, read the SBF statement. 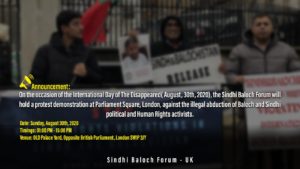 The International Community and the United Nations have so far failed to push the Pakistani state authorities to address the issue of enforced disappearances. The families of the victims have lost faith in the Pakistani government and its state institutions. Parents of the many victims have perished during these series of protests and long wait for justice lasting for years and in many cases for decades. The SBF is compelled to convince the international community to resolve this prevalent humanitarian crisis in Sindh and Balochistan through its protest on the occasion of International Day of the Victims of Enforced Disappearances.

SBF has appealed everyone who champions the cause of human rights to participate in their protest to echo the demands of the families of the victims of enforced disappearances for justice and the right to the truth of the victim.