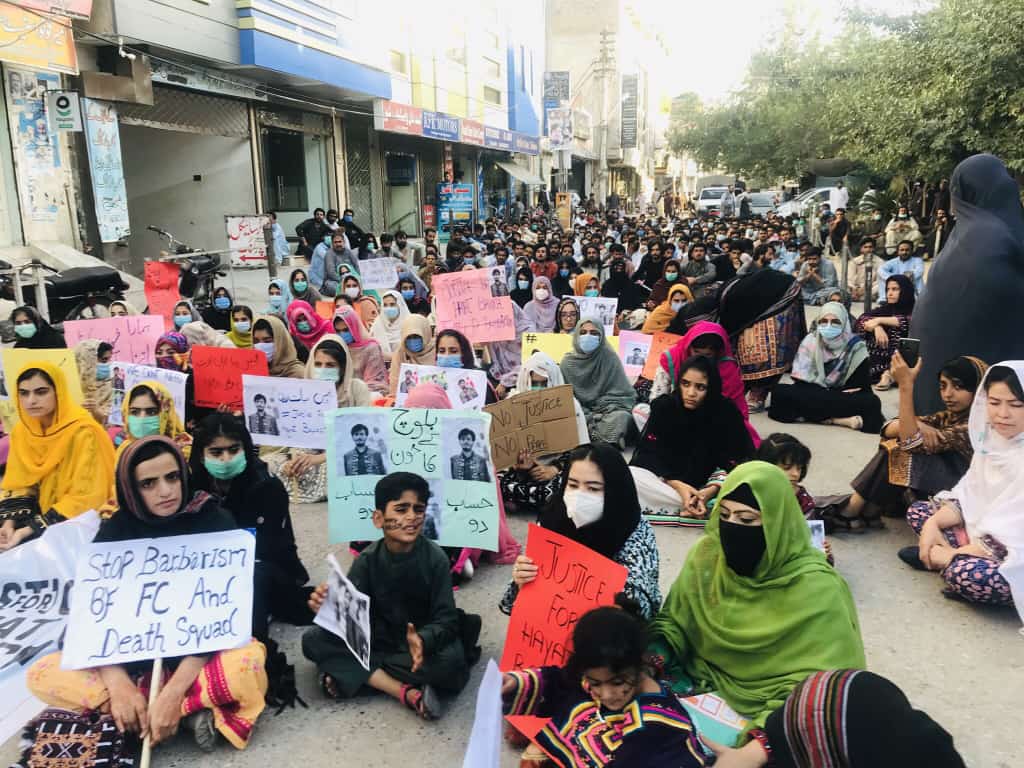 Hundreds of people took to the streets on Sunday in Quetta and Karachi against the ‘extrajudicial’ killing of Baloch student Hayat Baloch.

According to the details, campaign groups organised twin demonstrations in Quetta and Karachi where hundreds of people took to the streets to express solidarity with Hayat Baloch, who was killed in Turbat on 13 August in broad daylight by the Frontier Corps, a Pakistani paramilitary force. The protestors carried placards, posters and portraits, demanding justice for Hayat.

In Quetta, the demonstration was held in front of the Quetta Press Club where the families of the missing persons, Baloch and Pashtun students and several members of political parties participated. Several people addressed the demonstration, saying that Hayat Baloch’s murder is the testimony of the “terrorism” of the state. They said the state has compelled the youth to recourse to resistance.

The speakers said the state is leaving no stone unturned to extinguish the enlightened minds of Balochistan. The ‘extrajudicial killings’ of the Baloch has been accelerating for some time now. The speakers further said that Baloch have lost all hope from the state, which has opted for their ‘ethnic cleansing.’

In Karachi, scores of people marched on the streets and held a demonstration in front of the Karachi Press Club. The participants dubbed Hayat’s murder as ‘the abject violation of human rights’ in Balochistan.

Hayat Baloch was 25-year-old final-year BSc (Physiology) student in Karachi University and a resident Turbat. In the morning of 13 August, he was murdered in broad daylight by personnel of Pakistani security forces