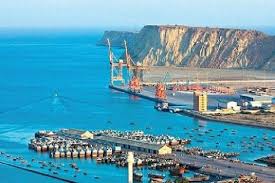 The Baloch has been in war with Pakistan and China regarding the construction of port and CPEC, particularly road network. Baloch is severely resisting against CPEC, the reason is the fact that many villages in vicinity of CPEC from Gwader to Awaran have been dismantled and destroyed and hundreds of Baloch innocents have been enforced disappeared and willfully killed. Half a million of indigenous Baloch population were forcefully transferred and deported  from their villages.

The project is launched against the will and consent of indigenous Baloch peoples and stands against Article 1(i & ii) of International Covenant on Economic, Social and Cultural Rights. This mega-project is also against the United Nation Declaration on the Rights of Indigenous people and its fact sheets no. 9 rights of indigenous people (rev.1). The irony is that during the drafting of the Declaration, the representative of  China itself emphasized that the declaration to contain a definition of indigenous people, but also a requirement  the indigenous people to be recognized as such by the state in which they reside. It is pertinent to mention here that the views of the representative of China were incorporated in the Report of the Working Group Established in Accordance with Commission on Human Rights Resolution 1995/2.E/CN.4/1998/106, para.37.  Pakistan and China are committing crime against humanity and genocide in the name national security, security of project and counter terrorism, which is totally against the spirit Limburg principle, article (63) says.  National security cannot be invoked as a reason for imposing limitations to prevent merely local or relatively isolated threats to law and order. article(64) holds that.  National security cannot be used as a pretext for imposing vague or arbitrary limitations and may be invoked only when there exist adequate safeguards and effective remedies against abuse. article(65) states  that the systematic violation of economic, social and cultural rights undermines true national security and may jeopardize international peace and security. A State responsible for such violation shall not invoke national security as a justification for measures aimed at suppressing opposition to such violation or at perpetrating repressive practices against its population.”

Prima facie there is a regular campaign of arbitrary enforced disappearances, willfully killing and administrative detention of Baloch peoples, the state is exterminating the the Baloch liberation movement and created an atmosphere of terrorism in the mind of the Baloch people  so that Baloch people give up their liberation movement   the atrocities , cruelties and impunity of the security forces are in alarming situation , whereas , according to New norms of international Humanitarian law, if a state commits genocide, ethnic cleansing, crimes against  humanity and war crimes the United Nations and international states community intervene in that country. Hence Pakistan is committing genocide, ethnic cleansing, crimes against humanity and war crimes, which constitute the justification of intervention.

Actually Pakistan has been flagrantly abusing article 2(4) of the Charter united nations in terms of ‘subjection of Baloch peoples as its colony, exploitation of Balochistsn resources and denial of the fundamental human rights of Baloch peoples are in toto contrary to the Charter of the United Nations and is an impediment to the promotion of the world peace and co-operation. Today the scenario of Baluchistan is such that an international war is emerging which jeopardizing  the world.  Pakistan and China are grievously violating human rights fact sheet No. 9 Rights of the Indigenous Peoples (Rev).

They adopted a program of action for the full implementation of aforesaid 1960 Declaration, which declared the continuation of the colonialism in all its forms and manifestation to be a crime which constitutes a violation of the Charter, the Declaration and the principles of International law, and reaffirmed the inherent right of colonial peoples to struggle by all necessary means at their disposal against colonial powers which suppress their aspirations for freedom and independence. Since Baloch had launched a liberation movement on the day one, when Pakistan by crime of aggression illegally and unconstitutionally occupied Balochistsn on 27 March 1948. Since for the restoration of aboriginal position of Balochistsn the Declaration and the Principles of International law allow the suppressed nations to throw the yoke of colony and adopt all necessary means at their disposal against colonial power. In nutshell Pakistan is seriously violating GA Resolution 1514(XV)(1960)had declared that the ‘subjection of peoples to alien subjugation, domination and exploitation constitutes a denial of fundamental rights, is contrary to the Charter of united nations and is an impediment to the promotion of world peace and co-operation.

Conclusively, the CPEC  has in fact strengthen the colonialism of Balochistan and against the spirit of international law and charter of united nation and will of indigenous people.