(BRAS) has created a hopeful atmosphere in the Baloch nation . Gulzar Imam 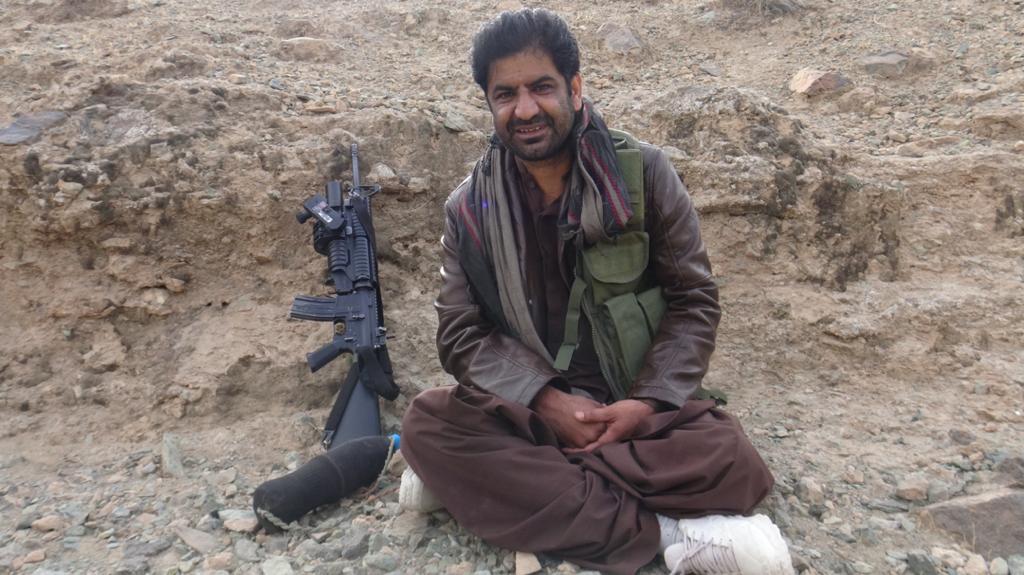 Gulzar Imam Baloch started his political career with BSO (Baloch Students Organization) Aman in 2002. He quit BSO in 2008, joined Baloch Republican Army (BRA) and became involved in the armed politics for Balochistan’s independence since 2009. In 2018, when the Baloch Republican Army was split into two factions he took reins of the faction that openly espouses the cause of an independent Balochistan. In this interview with Vivek Sinha, Editor-in-Chief News Intervention, Gulzar Imam explains that Pakistan is now using religious proxy groups such as Lashkar-e-Taiba, Jaish-ul-Adl and Taliban against the Baloch freedom fighters.

Vivek Sinha: What were the reasons that led to a split of Baloch Republican Army into two factions?

Gulzar Imam: Our fundamental differences began with the leadership’s attempt at pointless negotiations with Pakistan. When organizational and national decisions are made by courtiers, it becomes difficult to manage the organization and the nation.

Vivek Sinha: Wouldn’t this encourage a series of divisions? Tomorrow someone from your faction may justify his differences and start working in the name of a group, setting forth a chain reaction of divisions in the Baloch Republican Army?

Gulzar Imam: If anyone denies the importance and usefulness of the Supreme Council and Central Committee in political and resistance organizations, then from there it becomes the duty of every revolutionary to protest and revolt along with their legitimate demands. We must move away from those friends who make baseless allegations. A revolutionary must walk only on that path that proves useful for our revolutionary war. In my view, no revolutionary should be alarmed by such a division. If we do not meet the national standards of this war, then our friends will have the right to disagree with us.

Vivek Sinha: Are you satisfied with your struggle?

Gulzar Imam: I am quite satisfied with the Baloch national struggle. I always ask myself if I could fulfill what I had to do or had a duty to do for the freedom of my motherland. I will try to fulfill it as long as I live.
If I take a brief look at this journey and see the hard work of my colleagues who are fighting day and night, I will be very satisfied.

Vivek Sinha: On June 29 there was an attack on the Karachi Stock Exchange by Baloch freedom fighters. Some elements in the Baloch movement are opposing it. What is your opinion about it?

Gulzar Imam: It is a fact that self-sacrificing martyrdom attacks have hurt the Pakistani occupation and is a new form of Baloch resistance war that has emerged in front of the world. I have no comments for those who oppose the Karachi Stock Exchange attack. These are those who have practically given up the resistance war.

Vivek Sinha: Balochistan is considered a paradise for guerrilla fighters because of its geography. Yet, what’s the reason that young Baloch people are being killed by the Pakistan Army on a daily basis? Is it because of faulty strategy, or negligence? What is the main reason?

Gulzar Imam: The force that Pakistan uses to crush Baloch guerrilla war has failed miserably. And the Pakistani state is now using its military might to the fullest. In order to crush the Baloch armed resistance, Pakistan has also deployed its proxy religious groups on the battlefield of Balochistan with full force, which includes the Afghan Taliban, Lashkar-e-Taiba and Jaish-ul-Adl. These religious proxy groups take directions and help from Pakistan to fight against Balochistan. There is no denying that we are suffering losses but our losses are less as compared to the Pakistani preparations. However, given the enemy’s tactics, we need to be more vigilant.

Vivek Sinha: Pakistan continues to say that India is helping the Baloch, how true is that?

Gulzar Imam: Since long, Pakistan has been trying to prove that the national resistance war in Balochistan is a proxy war, but it has failed because the reality of Pakistan’s illegal occupation of Balochistan has become clear to the whole world. If India had been helping the Baloch then the form of Baloch war would have been different, but in reality the Baloch are carrying forward their national armed resistance without their help.

When Pakistan can get help from China to end Baloch resistance, we will not feel ashamed to seek help from all over the world, including India. But I think that the Indian government needs be more proactive to answer Pakistan’s cunning strategies in Balochistan by giving financial and diplomatic support to Balochistan. A prosperous Baloch state is important not only for India but also for the peace and security of the region. We hope that the Government of India and their think tanks will think seriously about this. The existence of the present Pakistan can be disastrous not only for this region but for the whole world.

Vivek Sinha: What kind of hope can the Baloch nation have from BRAS?

Gulzar Imam: From its inception till the present day, Baloch Raji Ajoi Sangar (BRAS) has created a hopeful atmosphere in the Baloch nation with its war strategies and deeds. BRAS is proving to be an important platform in uniting the scattered resistance forces of Balochistan. The Baloch nation must have expectations of a single Baloch Army from BRAS, which is an important mission of the Baloch leadership.

Vivek Sinha: Where do you see the Baloch National Movement in the next ten years?

Gulzar Imam: The armed resistance and political struggle against the Pakistani occupation of the Baloch homeland is getting stronger day by day. Despite all the state repression, the young generation is joining armed resistance for the liberation of the Baloch homeland. The participation of the Baloch youth in their war of liberation is linked to their consciousness. Today, the nation, especially the youth, realizes that they are a slave nation and it becomes impossible to stop it when resistance moves forward under the guidance of books and knowledge. Conscious struggle is the determination of the success and destiny of the Baloch nation. I can’t say anything about ten years, but we are mentally ready with our strategies for the long-term struggle against Baloch nation’s slavery.