The murder of Karima Baloch protest in Germany 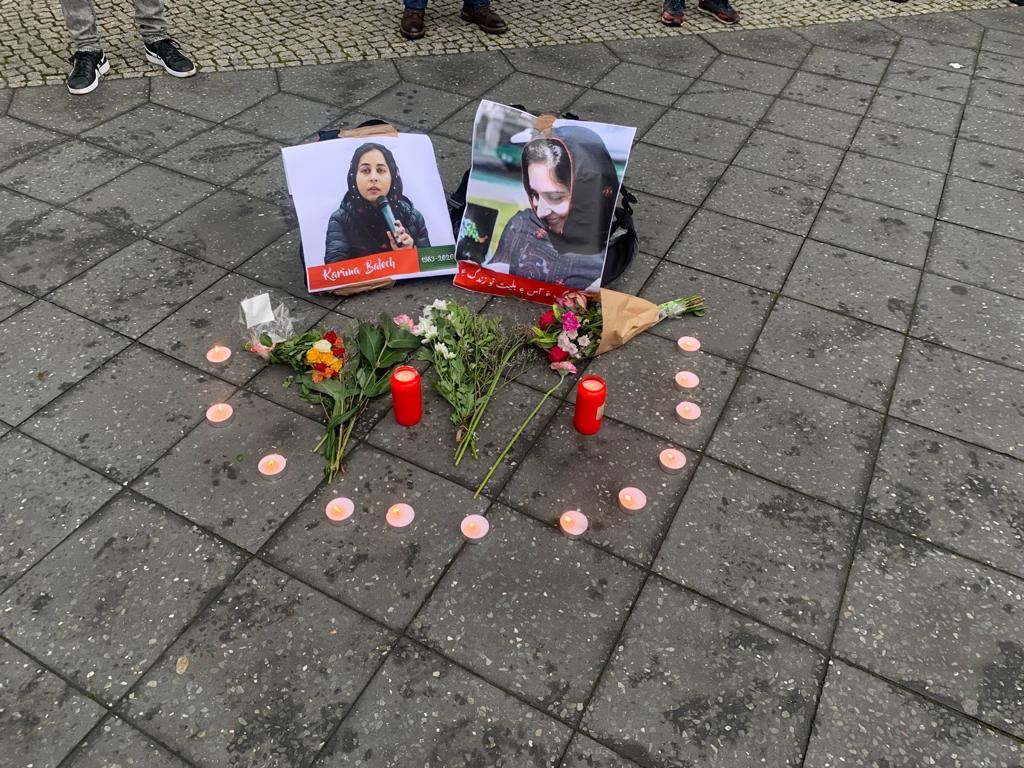 BNM Germany Zone President Hammal Baloch and General Secretary Asghar Ali Baloch spoke with Canadian embassy officials and submitted a memorandum. During the protest, the participant distributed pamphlets to locals and aware them of the tragic death of Banuk Karima Baloch in Toronto, Canada.

Asghar Ali Baloch, General Secretary of the BNM Germany Zone, said: “Our goal is to raise awareness internationally that the BNM has rejected the preliminary investigation report of the Canadian police authorities and called for a full and transparent investigation.” He added, “Because Banuk Karima Baloch was not an ordinary person but a great leader, a brave and courageous woman.”  She was a symbol of courage and a hero, not only for the Baloch nation but also for other nations.”

Asghar Baloch said that no doubt there are several feminist movements in the world but feminism is a part of our politics and our slavery. If the world wants to see a good example of feminism, they should look at the Baloch nation and observe the contribution and role of Karima Baloch.

Today, Baloch women like Karima Baloch are present in every field including political and social life. The continuous presence of women in the camp of the Voice for Baloch Missing Persons (VBMP) and the role of women as a whole in the Baloch national struggle is a testament to the fact that there is no gender discrimination in Balochistan. This is one of worth mentioning contributor of Karima Baloch. In a society that is plagued with slavery, she was a symbol of encouragement for women.

Asghar Ali added, “We condemn the killing of such a person and demand the Government of Canada to investigate the assassination of Karima Baloch on the basis of the Criminal Act.  We believe that Pakistan’s intelligence agencies are involved in this tragic incident. Earlier, a similar incident took place with us in the form of Sajid Hussain’s assassination. We fear that if these incidents are not addressed today, the same act may be repeated with other Baloch Diaspora members living in the USA, Europe, Canada, or another parts of the world.” The spokesman also said that the members of the Baloch Republican Party (BRP) also took part in the demonstration. And thanked them for their solidarity with Baloch National Movement.