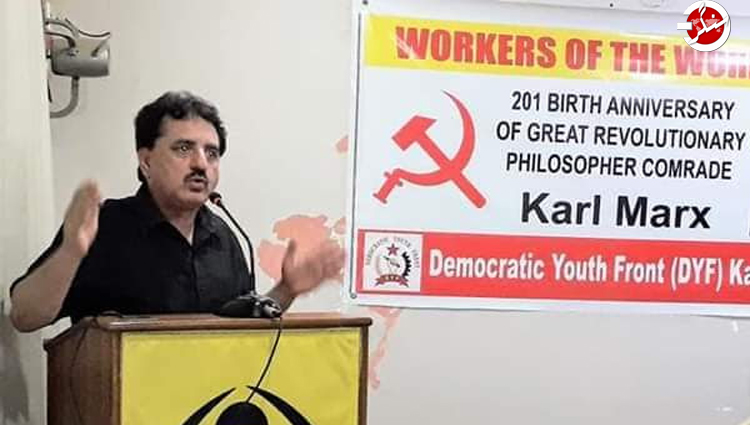 Jammu and Kashmir People’s National Party Former Spokesperson Habib-ur-Rehman’s house raided by unknown persons
Kashmir independence leader Habib-ur-Rehman house raided by unknown peoples between 24 and 25 march midnight around 2 am while Habib-ur-Rehman and his family members were not present at the home during the raid. Unknown assailants have broken the grill of the home and succeed to enter the home located in (Qandeel colony Garden) area of occupied Kashmir. Several wardrobes were found broken and remained unlocked from which they stole many files , several books and laptop of mr Habib
Unknown armed persons searched the whole house scattered books files and stole laptop other necessary papers but they did not take away any other chattels with them.
According to local sources, the incident could acknowledge that it was a search operation. It has to be remembered that a year ago in the same house Habib-ur-Rehman’s family was interrogated and harassed by unknown persons to ask about Habib-ur-Rehman after that the district branch of Jammu and Kashmir People’s National Party lodged a report in SP Bagh.
This time also police report was registered police visit the home but no further development come, and police keep quit in this issue .
According to the local leaders this motive and behind this recurring process who are these unknown people? Such a process is a matter of concern for the revolutionaries.
It should be noted that in the past similar people raided the house of missing Tanveer Ahmed and taken away all of his research work materials and personal belongings with them.