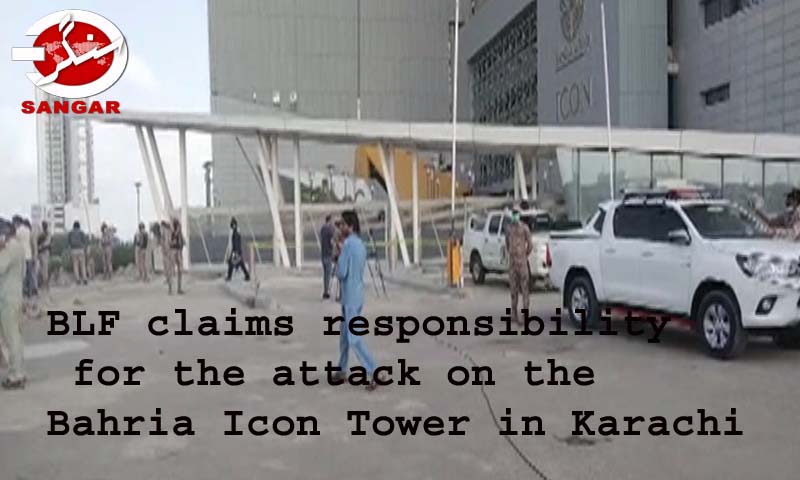 Balochistan Liberation Front spokesman Major Gwahram Baloch said that on Wednesday, June 2, 2021, sarmachaars carried out a grenade attack on Bahria Icon Tower near Clifton Bin Qasim Park in Karachi. It was a symbolic attack aimed at warning the notorious Bahria Housing Society of the Pakistan Army to abandon the colonial process of forcibly occupying the ancestral lands of the Baloch and Sindhi people in Karachi and demolishing their homes and settlements. Otherwise, be prepared to suffer serious consequences.

Gwahram Baloch said that during the attack on Bahria Icon Tower, sarmachaars took special care to ensure that no casualties should occur as a result of the attack, but if the Bahria Housing Society continues to demolish the houses and forcibly occupy their lands of Baloch, Sindhis and oppressed people of Karachi, he will have to bear a heavy loss of life and property.