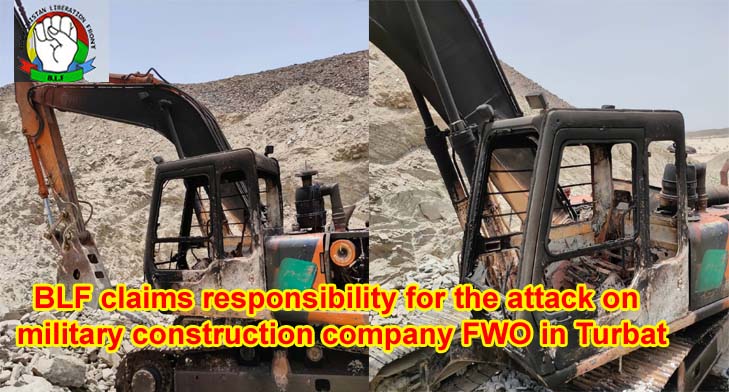 The machinery and other equipment were burned in the attack. At the same time, sarmachaars targeted FWO residential tents, causing casualties to the occupying military company. The Levies check post near the construction site opened fired saramchaars avoided targeting them but warned them not to target the Baloch to protect any plan of the occupying army. At the same time, we warn local contractors not to support the occupying state in these projects, otherwise, they will be responsible for the loss of life and property.