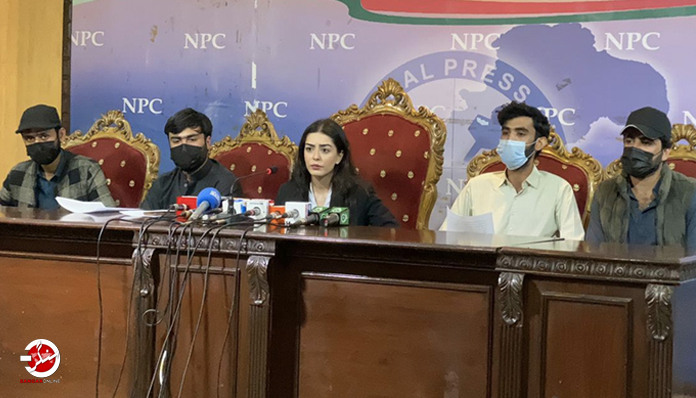 Hafeez Baloch was abducted after months of being threatened and harassed by a Pakistan Army Officer, Baloch Students Council Islamabad claimed.

According to the BSC-Islamabad, Hafeez Baloch was abducted by the Pakistani army after being threatened and harassed for several months by an Army Major known as Murtaza.

Mr. Baloch belonged to the Khuzdar district of Balochistan. He was an MPhil student at Quaid-e-Azam University in Islamabad city of Pakistan.

According to the BSC-Islamabad, Hafeez Baloch was constantly receiving threats and was being summoned to meet with Major Murtaza, but due to some personal engagements he couldn’t meet the Major.

Major Murtaza allegedly travelled all the way to the Quaid-e-Azam university in Islamabad to intimidate and harrass Hafeez Baloch, the students of the University said. They further said that Major Murataza also profiled Baloch students who were studying at the institution under the pretext of conducting research.

According to sources, Hafeez Baloch was forcibly abducted by the Pakistani forces while teaching at a private academy in Khuzdar on 8th February, 2022. He was on vacations in his hometown, where he was teaching the kids of his town in a private academy, in his free time.

Speaking to a press conference, the students said that a protest against the illegal abduction of Hafeez Baloch was recorded by the Baloch Students Council Islamabad on 13th February 2022 in front of the Islamabad Press Club. Three peace walks were held inside the Quaid-e-Azam University and a three-day protest camp was also set up. Despite all the struggles, neither the university administration or the government officials gave us any information regarding the illegal abduction of Hafeez Baloch.