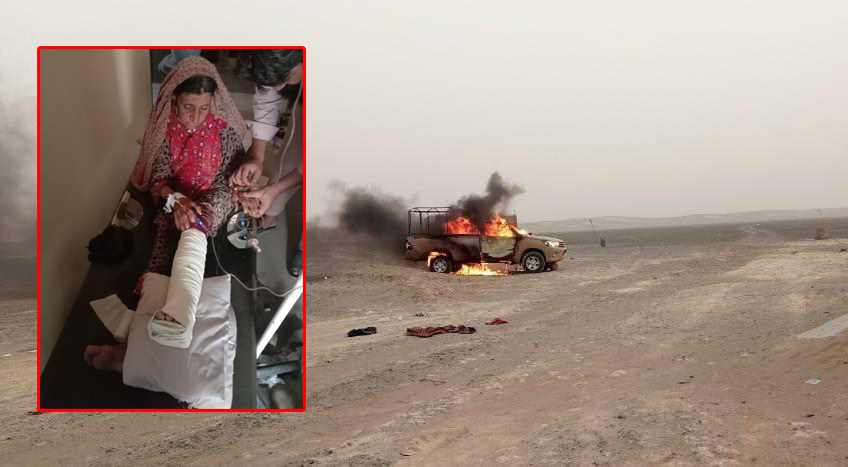 A woman was seriously injured when Pakistani forces opened fire on a Zambad vehicle in Dalbandin area of Balochistan’s Chaghi district.

According to reports, FC personnel on Tuesday evening opened fire at a vehicle of Baloch oil trader, in which a woman was seriously injured.

After the incident, people protested and chanted slogans against the forces while angry mob set fire to an FC vehicle. Meanwhile, an FC official was also killed in alleged violence by outraged protesters.

According to reports , the injured woman was shifted to Quetta for further treatment, while the situation in the area remains tense and more troops have been called in.