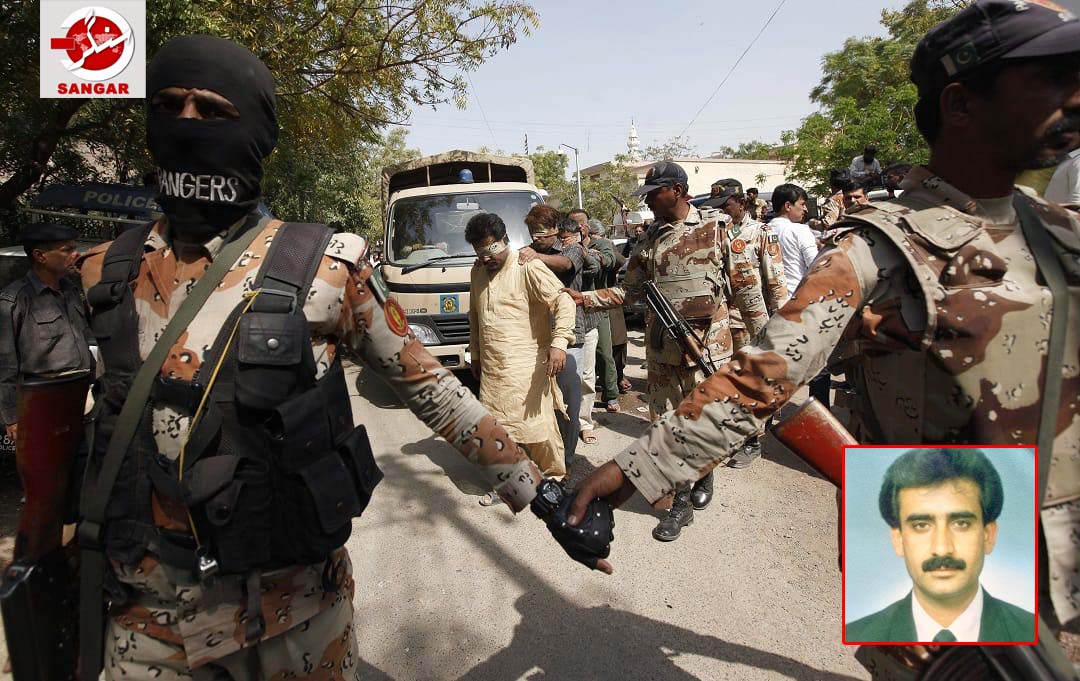 The issue of Enforced Disappearances in Balochistan has constantly been a burning issue for more than a decade. The Voice for Baloch Missing Persons (VBPM), Human Rights Council of Balochistan (HRCB), Baloch Human Rights Organization (BHRO), Human Rights Commission of Pakistan (HRCP) and Baloch nationalists have been reporting on enforced disappearances of the Baloch people from all walks of life by the Pakistan Army, Frontier Corps (FC), intelligence agencies mainly ISI and MI.

The issue of disappearances has been occasionally raised in public and parliamentary platforms by political parties of Pakistan including PPP, PML (N), MQM, BNP (M), and NP (when on opposition benches). Initially, the media and the courts too were vocal on the issue of Baloch missing persons. When Justice (R) Iftikhar Muhammad Chaudhry was Chief Justice of the Supreme Court of Pakistan, the Apex Court entertained a petition in this regard filed by the Balochistan Bar Council. Chief Justice Iftikhar Muhammad Chaudhry headed the bench himself. Though, in the context of Pakistan’s power structure, courts aren’t empowered enough to punish the army personnel involved in enforced disappearances. However, the bench exerted enough pressure on the Pakistan army, FC and intelligence agencies to release some missing persons and abandon the inhuman practice of enforced disappearances. The said petition led to a tussle between Apex court and military which resulted in the dismissal of the Apex courts and the arrest of judges by General Pervez Musharraf.

After a prolonged movement, Justice Iftikhar Muhammad Chaudhry and all other judges were restored by the government of Premier Yusuf Reza Gilani of PPP. After his restoration, Justice Iftikhar Muhammad Chaudhry took over the hearings of the petition and continued so till his retirement but he failed to end the inhumane practice of enforced disappearances by mighty army and spy agencies. After the retirement of Justice Iftikhar Muhammad Chaudhry, the said petition was kept into dormant. On March 1, 2011, the toothless government of PPP devised a “Commission of Enquiry on Enforced Disappearances” with the appointment of Justice (R) Javed Iqbal as president and Justice (R) Dr. Gous Muhammad and IG police (R) Muhammad Sharif as its members. PPP’s commission was formed and aimed to avoid a clash with the mighty army and intelligence agencies on one hand and on the other hand, they meant to reduce the public and international pressure on Pakistan in this regard.

VBMP launched a long march from Quetta to Islamabad via Karachi to press the Pakistani authorities for recovery of missing Baloch people. Long March participants left Quetta on foot on Sunday 27 October 2013. The first phase, a 730km walk, ended in Karachi with a demonstration in front of the Press Club on November 23, 2013 while the second phase started on December 13, 2013, from Karachi and reached Islamabad on Friday, 28 February 2014 where they tried their best to highlight the issue but could not draw the attention of biased civil society of Punjab and its media. Because like other civilian institutions, the so-called civil society and media are controlled by the Army and intelligence agencies in Pakistan.

On January 13, 2018, a 27 years old Pashtun model namely Naqeebullah Mehsud was killed by SSP Rao Anwar of Malir district of Karachi in a fake encounter which led countrywide protests by Pashtuns. Later the movement was named as Pashtun Tahafuz Movement (PTM). PTM highlighted thousands of Pashtuns from former FATA and Swat have gone missing in the hands of Pakistan army and intelligence agencies without any trace. There are also similar reports of enforced disappearances of Sindhi nationalists, MQM activists, and activists from Gilgit-Baltistan regions but Pakistan army and intelligence agencies have been denying their involvement in the incidents of enforced disappearances.

On April 16, 2018 Justice (R) Javed Iqbal, who is the president of the “Commission of Inquiry on Enforced Disappearances” as well as the chairman of “National Accountability Bureau (NAB), shamelessly claimed that foreign agencies illegally apprehend people and pin the blame on Pakistan army, Inter-services Intelligence (ISI) and Military Intelligence (MI). He further said that 70% of the missing persons are found to be pro-military. Mr. Iqbal made these claims while briefing a meeting of National Assembly’s Standing Committee for Human Rights. Mr. Justice (R) Javed Iqbal’s statement manifests that how the so-called Commission of Inquiry on Enforced Disappearances, apex courts and governments are collaborating with the army and intelligence agencies to hide their crimes against humanity.

The truth always prevails. So despite constant denial, Pakistan army has eventually confessed the abduction and enforced disappearances of the people. This confession was made in a press conference of Major General Asif Ghafoor, the Director General of Inter-Services Public Relations (DG ISPR), and the chief spokesperson of Pakistani Armed Forces, held on April 29, 2019. In an answer to a question of prominent journalist Mr. Hamid Mir, the DG ISPR responded “We know you have a great attachment to missing persons (issue). We too have. We don’t want any person to go missing but where there is a war, you have to do a number of (undesirable) work. It’s said that everything is fair in love and war. War occurs to be ruthless.”

The above statement of DGISPR manifests that:

1- There is a war in Balochistan,
2- Pakistan army and intelligence agencies are using enforced disappearances as a means of repression as well as a policy with a view to suppressing the national freedom movement of oppressed Baloch people,
3- DG ISPR justifies the enforced disappearances with his comments “everything is fair in love and war”.

Indeed there is a war of liberation in Balochistan against Pakistan’s occupation, colonial rule, and plundering of its natural resources. There are no provisions in the UN charters and other international laws condemning or forbidding the movements of oppressed people for their national freedom self-determination from the yoke of alien or colonial rule. Instead, there are a number of provisions in the international laws and UNO’s resolutions in condemnation of alien and colonial rule. Nothing can be construed from the statement of DG ISPR except a clear confession of the crime. Though DG ISPR tried to justify enforced disappearances by saying that everything is fair in love and war but this dictum finds no support in law. Belligerent parties and their actions are subject to international laws. The preamble of the International Convention for the Protection of All Persons from Enforced Disappearance maintains that enforced disappearance constitutes a crime against humanity. Similarly, article one of the said convention reads as under:

Rome Statute of the International Criminal Court, part 2, article 7 (i) also enlists Enforced Disappearance as a crime against humanity.

So the legal position is clear that enforced disappearance is not justifiable under any pretext.

The above-quoted statement of the Director-General ISPR (Inter-services Public Relations) is a clear confession of enforced disappearances which, under the international humanitarian law, is a crime against humanity cognizable by the International Criminal Court. Although until now the armed conflict and human rights abuses in Balochistan has drawn less attention of UN and world community but perpetual increasing intensity of the crime and worsening human rights situation requires the civilized nations, UN’s Security Council and the Prosecutor of ICC to initiate investigations against the Generals of Pakistan army, paramilitary forces and intelligence agencies to bring them before justice for the crime of enforced disappearances.