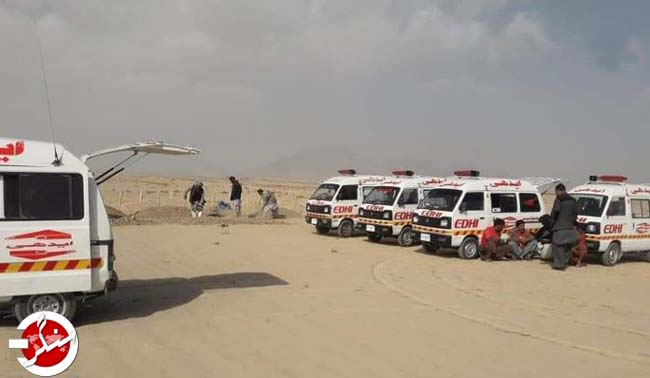 Four unidentified bodies were buried in a local graveyard in Dasht area of Quetta, the capital of Balochistan, on Monday
According to details received Sangar, the bodies of four persons found in various areas of Balochistan were brought to the Civil Hospital, Quetta. The bodies were declared unrecognizable and buried in Dasht today, by Edhi volunteers.
It’s pertinent to mention, this is not the first time that the bodies found in Balochistan have been declared as unidentified and buried. Earlier this year, bodies of ten persons were found and buried in the same cemetery despite the fact that the Pakistani courts have ordered DNA analysis of all “beyond recognition bodies”.
Similarly, in the months of August and September this year, two bodies found in Noshki and Gwadar were declared beyond recognition and buried by local administration.Mutilated dead bodies of Baloch missing persons have been recovered in a similar fashion from different parts of Balochistan in past too. Rights organisations and political parties blame that these bodies are linked to the ‘kill and dump’ policy of Pakistani secret agencies.