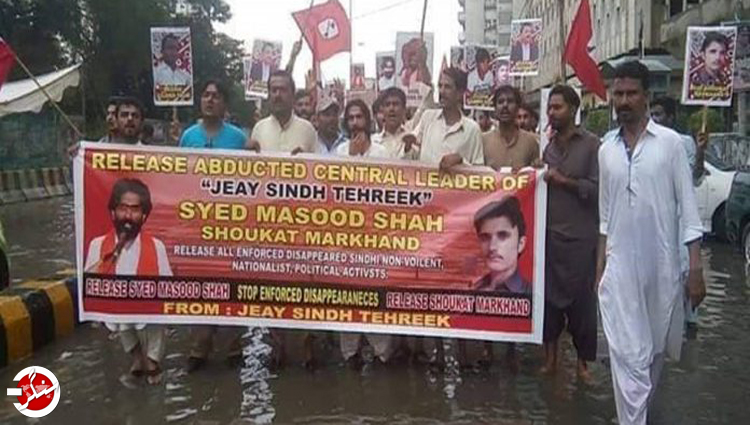 Sangar News
Two more Sindhi student leaders were abducted reportedly by Pakistani security forces in the city of Hyderabad on Friday. A protest was held in front of the Karachi Press Club for the safe recovery of student leaders including all other detained Sindhi activists.
According to details, two students, Hamz Ali Chandio and Kashif Bhutto, were active in the long march was carrying out for the restoration of the Students Union in Hyderabad. Abducted student leaders are affiliated with a student forum ‘Youth Action Committee’.
Security forces allegedly raided their apartment on Friday night in Hyderabad city of Sindh. Forces arrested both student leaders and reportedly moved them to undisclosed locations.
While talking to media on this occasion, Youth Action Committee leaders Sindhu Nawaz Ghanghror, Sarman Brohi and Sohail Bhutto said that the student leaders were abducted by Pakistani forces for the movement of restoration of Students Union.
He said that if the student leaders were not released within 48 hours then they will set up a protest camp in front of the Karachi Press Club to continue their struggle.