Occupied Balochistan : Students protest at University over harassment by officials 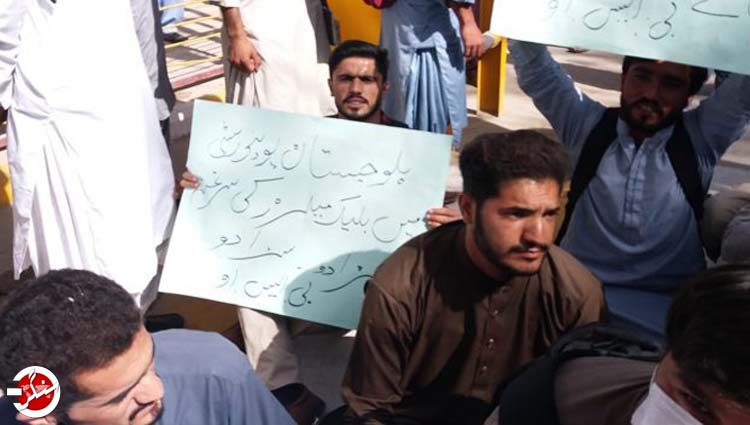 According to details, the students walked interior the campus to mount weight on the authorities to punish the guilty parties purportedly included within the badgering of female and male students. The case had come to light almost a month back when the Balochistan High Court (BHC) coordinated the FIA to explore reports of students being annoyed at the varsity.

The Federal Investigation Agency (FIA), which has been testing the case for a few weeks presently, found that male and female understudies were being harassed through “shocking” recordings of them. These recordings were recorded utilizing at least six cameras that were subtly installed at different spots within the university’s Quetta campus, in addition to the as of now existing official CCTV cameras. “This isn’t satisfactory; we cannot compromise on our nobility,” Khalid Baloch, the central committee member of Baloch Students Organization (BSO) said.

Other student organizations such as BSAC, BSO-Azad and various political and nationalist groups of the province have strongly condemned the harassment of students by University officials.

The protesters deplored that the harassment outrage has extremely influenced the climate of instruction within the territory in common and at Balochistan University in particular. They carried placards engraved with slogans such as “Punish the accused”, ” No to harassment”, “We want justice”, amid the demonstration.

“This harassment was going on for a long time within the University,” Kabeer Afghan, the central office-bearer of Pashtoonkhwa Students Organization said.

The students, chanting mottos against the University administration, requested a comprehensive investigation into the matter. They too requested the expulsion of the vice chancellor and other high-ups.