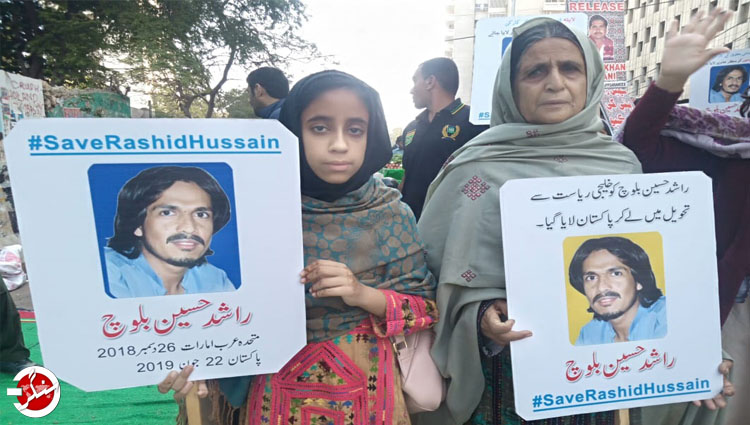 KARACHI: Family members of several missing persons staged a protest outside the Karachi press club along with civil society on Sunday for the safe recovery of their loved ones.

The protesters believe that their dear ones had been picked up by Pakistani security agencies but their whereabouts were not being declared.

The protest was organized by the relatives, civil society and the colleagues of missing persons. What they demanded as ”The release of their loved ones and their whereabouts be made known.”

The Protesters included the Mother of #RashidHussianBaloch ,Mahzaib Baloch and several relatives of Sindhi activists.

Speaking to reporters, Mahzaib Baloch said that My uncle #RashidHussainBaloch had been abducted in false charges from #UAE on 26 of December, 2018.

She said the officials of #UAE detained my uncle without an arrest warrant and they deported him to Pakistan. Mahzaib further said, my Uncle be produced before court if he was involved in any offence.