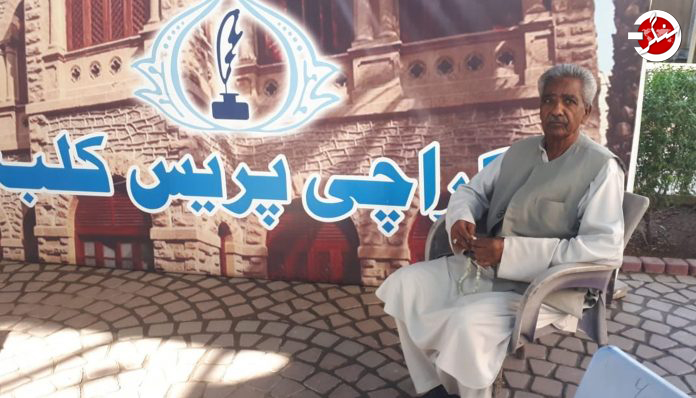 The Voice for Baloch Missing Persons (VBMP) will organize a protest demonstration outside the Karachi Press Club at 3 pm on 16 February 2020 to draw the attention of the United Nations Secretary-General Mr Antonio Guterres to the grave violations of human rights in Balochistan, Mama Qadeer Baloch, vice chairman of the VBMP, said in a video message, released on social media today.

For the last eighteen years, the security forces of Pakistan have been actively involved in the enforced disappearance and extra-judicial murders of students, political activists and human rights defenders in Balochistan with impunity. In most cases, they have tortured the victims and thrown their mutilated dead bodies in desolated places, reiterated Baloch.

According to the data gathered by the VBMP, thousands of Baloch including children, the elderly and women have been picked up by the security forces outside the lawful process. The judiciary has failed to offer any remedy and the perpetration of crimes against humanity continues in Balochistan with no help in sight.

Mr Guterres is expected to visit Pakistan from 15 February, accompanied by a 14 member’s delegation.

The VBMP appealed to the marginalized religious and ethnic minorities to participate in their protest to remind the UN Secretary-General of Pakistan’s failure to live up to its pledge of respecting the UN conventions it has ratified, and to request Mr Guterres’ personal intervention in resolving the humanitarian crisis facing the people in Balochistan.