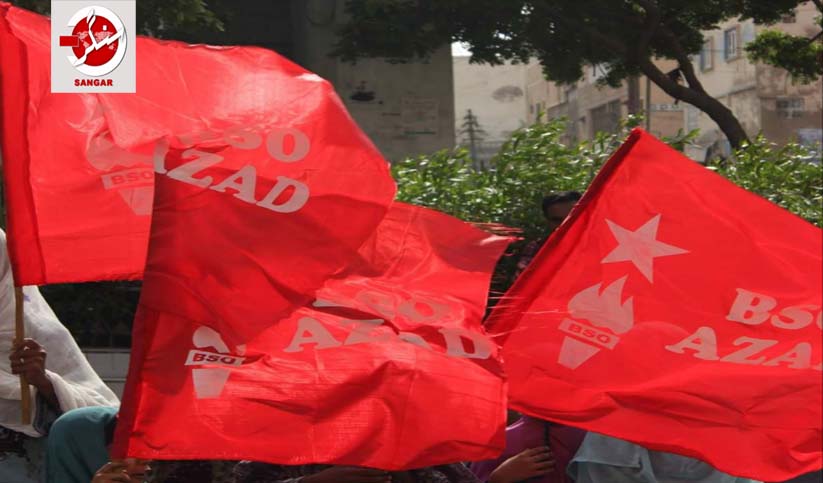 The news of your upcoming visit to Pakistan has come with great hope for the victims of state brutalities, ill treatment and suppression in the region and most importantly for the people of Balochistan whose grievances have not only being ignored but the silence surrounding the grave human rights violations have encouraged the perpetrators to commit more crimes against humanity with absolute impunity and sends a distressing message of abandonment to the millions of Baloch people who live in constant fear for themselves and their families.

The humanitarian situation in Balochistan is commonly unknown to the world due to the blockade of communication means and unannounced imposition of censorship on national media. The Baloch people have been systematically marginalized and deprived of basic rights. Moreover, those who stand against state’s discriminate and brutal policies towards Baloch people, are subjected to enforced disappearance and most of the time executed extrajudicially. Over the years, Baloch human rights groups and international human rights institutions on the situation of Balochistan have reported serious continuing human rights violations against Baloch people.

For last one decade, we are witnessing a barrage of indiscriminate attacks targeting civilians and crackdown against political activists, human rights defenders, journalists and intellectuals including member and leadership of Baloch Students Organization-Azad. On June 9, 2009, Zakir Majeeb, Ex-Vice Chairman of Baloch Students Organization-Azad (BSO-A) was forcibly disappeared by security forces and is still missing. On August 14, 2013, Ex-General Secretary of BSO-A, Raza Jahangir was extra judicially executed by forces in Turbat. On March 18, 2014, Ex-Chairman of BSO-A, Zahid Baloch was forcibly disappeared in daylight in front of several eyewitnesses from Quetta, capital of Balochistan. His whereabouts are unknown to this date. Similarly, the Ex-Information Secretary, Shabir Baloch was abducted by forces on October 4, 2016.

The human rights institutions in Balochistan have reported more than 20,000 enforced disappeared persons in Balochistan. On the contrary, the Pakistan government and security establishment’s response to these documented reports have ranged from blanket of denials of any wrongdoing by security forces to numerous attempts to discredit reports of abuses by human rights organizations, eyewitnesses and survivors. Pakistan’s security forces have direct control over operations in Balochistan and are granted authority from the civilian government and immunity from justice. To date, no one has been investigated, charged or tried for these offenses.

Students have always remained the most vital organ of any nation and considered future pillars of the society. For last few years, with the increase in deployment of soldiers in Balochistan, forces have occupied the majority of school buildings in Makran region and running them for military purposes. Forces are present in almost all major educational institutions including the University of Balochistan which reflects a military camp more than an educational institution. The students are continuing their studies in deep distress.

Your participation in the conference to mark four decades of the presence of Afghan refugees in Pakistan will add the weight of your office on stake holders of the conflict in Afghanistan to come to an agreed resolution. However, the similar situation in Balochistan also requires your attention and commitment. The indiscriminate decades long military operations in Balochistan have compelled the people to abandon their settlements and ancestors land and migrate to other areas of Balochistan. Several hundreds have fled to neighboring country where they are leading their lives in miserable condition without recognition and legal status.

I urge you to unequivocally denounce the practices of military in Balochistan and proactively engage with government of Pakistanthrough possible visit to Balochistan and convey your concern about the gravity of the situation in Balochistan and strongly encourage them to allow an international independent investigation into allegations of human rights abuses and enforced disappearances of thousands of activists by security forces in Balochistan and effectively address the systematic genocide of Baloch people. I believe that your leadership on this matter would send a powerful message to the government and military and could prevent further atrocities and violations in Balochistan.