Trusting Pakistan was a major strategic blunder for the US: Lawrence Sellin 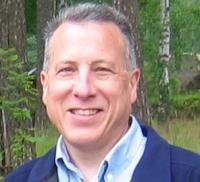 Lawrence Sellin is a retired US Army Colonel. He is a veteran of Afghanistan, Iraq and West Asia and trained in Arabic & Kurdish. In this interview with Sangar Media Group and News Intervention, Lawrence Sellin gave fresh insights and an objective analysis on an array of geostrategic issues of South Asia.

Dosten Baloch/VivekSinha: US & NATO joint attack toppled the Taliban regime in Afghanistan because Taliban had given refuge to Osama bin Laden. However, after this US-led attack on Afghanistan, it was Pakistan that gave a sanctuary to the same Osama bin Laden along with Al Zawahiri, Mullah Omar and thousands of other hard core jihadists, and yet US rewarded Pakistan with billions of dollars. Isn’t this a huge contradiction in US’ policy and narrative? If yes, then what is the reason for this contradiction? If no, then how do you explain this contradictory policy of the US?

Lawrence Sellin: It is a huge contradiction, but an explainable one.
A lack of awareness by the United States of the extent of Pakistani duplicity was already evident in the 1980s when the Central Intelligence Agency (CIA) outsourced the funding and supply of the Mujahideen fighting the Soviet Union to Pakistan’s Inter-Service Intelligence (ISI), who gave preference to pro-Pakistan Islamists rather than Afghan nationalists, which eventually led to a Taliban takeover of Afghanistan.

The American approach to Pakistan after 9/11 was based primarily on wishful thinking, in which the application of a proper combination of bribery and arm-twisting would convince Pakistan to support the goals of the U.S. and NATO in Afghanistan. It did not. Pakistan continued its support for the Taliban and other extremist groups.
Trusting Pakistan was a major strategic blunder for the United States.

Dosten Baloch/VivekSinha: Pakistan Army promotes and uses the ideology of Islamic jihad as a state policy and exports it in the form of terrorism to Afghanistan, Balochistan and Kashmir. Why Pakistan isn’t being made accountable for creating this ‘mess’, like the other non-state jihadists on world forums?

Lawrence Sellin: Unlike stateless extremist groups like al-Qaeda and the Islamic State, Pakistan is officially part of the world community of nations, even though Pakistan uses terrorism as an element of its foreign policy. Because of its status as a nation-state, Pakistan can leverage alliances, for example, with China as well as use international institutions like the United Nations to avoid responsibility for its reckless behavior by framing any use of terrorism as an insurgency or a response to religious oppression. In actually, Pakistan is a state sponsor of terrorism.

Dosten Baloch/VivekSinha: The joint forces of US & NATO attacked and destroyed ISIS Caliphate for its human rights abuses, war crimes, terrorism and crimes against humanity. Pakistan Army commits these same crimes in Balochistan. Pakistan Army plunders, rapes, murders, bombs and burns the villages across Balochistan with impunity. Pakistani security forces have displaced civilians, and continues to forcibly abduct and disappear Baloch people, it also tortures, kills and dumps them. Why do the US, UN and other global human rights organisations not take notice of such war crimes by Pakistan in Balochistan?

Lawrence Sellin: The US, the UN and global human rights organisations do not take notice of war crimes committed by Pakistan in Balochistan for the same reasons I described earlier. Being part of the international community, Pakistan claims that it is within its rights as a sovereign nation to suppress “dissent” within its territory. Such claims are seldom challenged internationally regardless of the extent of the human rights abuses because, quite frankly, so many other nations are doing similar things and no one wants to open Pandora’s Box.

Dosten Baloch/VivekSinha: Isn’t this right time to support Baloch freedom struggle for an independent, secular and democratic Balochistan and thereby root out Islamic extremism and jihad from the entire region?

Lawrence Sellin: I have long thought a secular, democratic and independent Balochistan could provide enormous benefits to South Asia, both as a bulwark against the spread of extremism and jihad, particularly emanating from Pakistan, but also as an inspiration to oppressed ethnic minorities in the region, who have been subjected to human rights abuses.

Dosten Baloch/VivekSinha: While the US has struck a deal with Taliban and has formed a road map to exit Afghanistan, Pakistan’s ISI has begun spreading its tentacles in Afghanistan’s government formation. Do you think US exit from Afghanistan coupled with Pak’s active involvement will push Afghanistan to pre-9/11 days? If this happens how could it affect South Asian politics?

Lawrence Sellin: Yes, unfortunately a return of Taliban control of Afghanistan appears likely. It would cause a significant shift in the regional strategic dynamics favoring the China-Pakistan alliance to the detriment of India. It will also be a huge encouragement to extremist groups within Pakistan and elsewhere in the world.

Dosten Baloch/VivekSinha: Pashtun Tahafuz Movement (PTM) is gaining momentum across Waziristan that was once jihadists’ main launching pad of Pakistan. Isn’t this the right time to support and turn it into a movement for Pashtuns joining in from Afghanistan?

Lawrence Sellin: I support the Pashtun Tahafuz Movement (PTM) and ethnic self-determination for Pakistan’s politically oppressed groups. The Durand Line has always been an obstacle to Pashtun self-determination, an artificial border that Pakistan wants to maintain. The time to reconsider the legitimacy of the Durand Line is long overdue.

Dosten Baloch/VivekSinha: Kurds, like the Baloch people, are one of the largest ethnic groups that do not have their nation and continue to be persecuted. What impact can the developments in South Asia have on the Kurds’ armed resistance in near future?

Lawrence Sellin: A Pakistani victory in Afghanistan through its proxies, the Taliban, will have a negative impact on the self-determination of the Kurds, Baloch, Pashtuns and other oppressed minorities in the region. Pakistan’s alliance with authoritarian China will only add to an anti-democratic effect.

Dosten Baloch/VivekSinha: India has begun to assert its rightful claim over Pakistan-occupied Kashmir (Gilgit-Baltistan). How does the West look at these recent developments in Kashmir?

Lawrence Sellin: Gilgit-Baltistan is an Indian territory and has always been considered as such, making Pakistan’s occupation illegal. Unfortunately, like its avoidance of responsibility for its use of terrorism as an instrument of its foreign policy, Pakistan has so far successfully leveraged its position as a nation-state and has used international institutions like the UN to avoid responsibility for its illegal occupation of Gilgit-Baltistan. Regrettably, I do not expect a major change in Western ambivalence towards Pakistan’s reckless disregard of international law.

Dosten Baloch/VivekSinha: Coronavirus pandemic, pro-democracy protests in Hong Kong and China’s frigid relations with Taiwan. How will these developments affect South Asia? Do you see the possibility of international borders being redrawn?

Lawrence Sellin: In the short term, I do not anticipate borders being redrawn. Significant strategic change in South Asia will occur if the Taliban take control of Afghanistan with the negative consequences I have already described. China’s regional ambitions in South Asia might be set back due to international retribution resulting from the Coronavirus pandemic and China’s role in its origin and spread.

Dosten Baloch/VivekSinha: If Republicans led by Donald Trump come back to power do you expect a fresh trade war between US and China? If this happens how will it affect the existing world order?

Lawrence Sellin: If President Trump is re-elected I do not expect a major change in US foreign policy. There will be a continued readjustment of the trade relations between the US and China with a focus on fair trade, rather than free trade. Like in South Asia, China’s global ambitions will be set back because it will be rightfully blamed for the Coronavirus pandemic. Although I do not now see a major change in the world order, I do expect the US to continue to improve its relationship with India at both an economic and military level to oppose Chinese regional aggression and maintain a balance of power in South Asia.