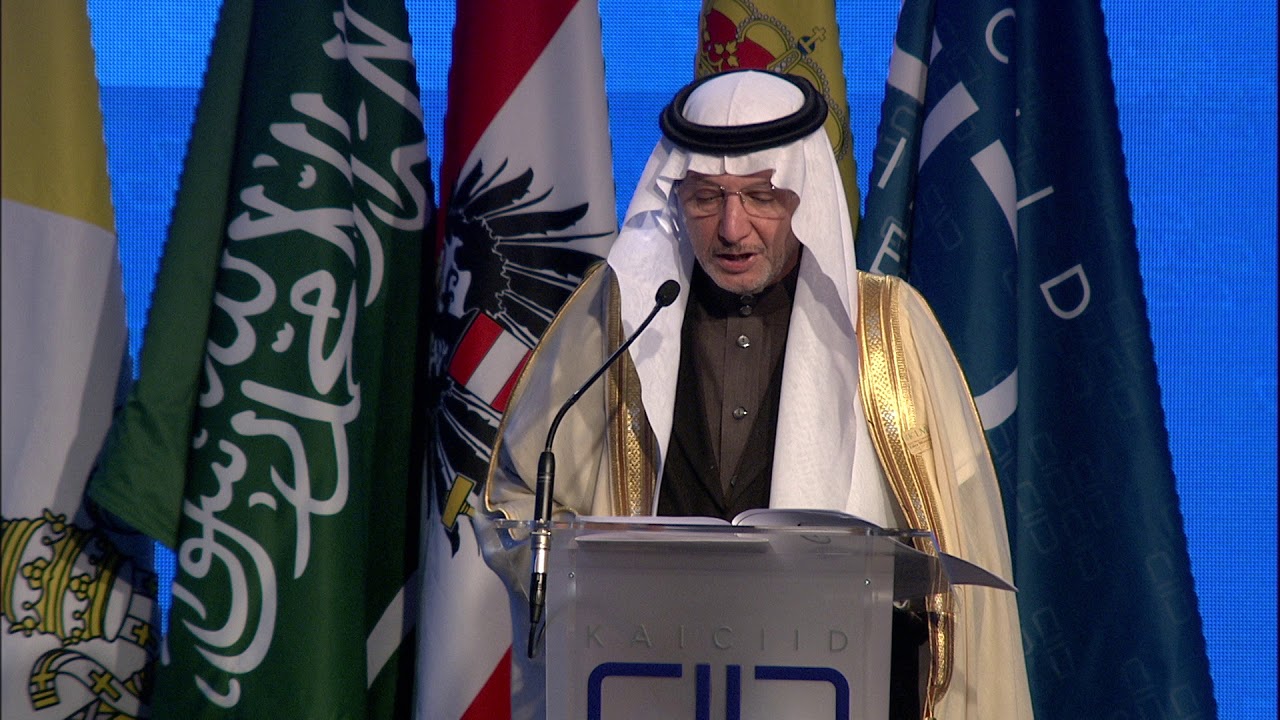 Subject: Seeking recognition as an observer at OIC for the Baloch people

Since its foundation in 1969, the OIC has tirelessly fought for the rights of oppressed people across the world. The OIC recognized the struggle of the Palestine people long before other international bodies and admitted them as members in 1969. Likewise, the OIC recognized the Moro National Liberation Front as an observer in 1977 and Turkish Cypriot in 1979. On many other occasions, the OIC has fearlessly raised its voice in support of oppressed people and has justly been recognized as the collective voice of the oppressed world.

We, the oppressed Baloch people of Pakistan-occupied Balochistan, approach the OIC as people colonized and oppressed for more than seven decades, who have suffered innumerable inhuman crimes at the hands of the colonial army and intelligence services of Pakistan. The Chinese, who have occupied Eastern Turkestan and are the oppressors of the Uyghur people, are aiding the loot of the resources and oppression of the people of defenseless Balochistan constantly under the boot of nuclear-armed Pakistan.

Occupied Balochistan accounts for almost half of the overall territory of Pakistan and two-thirds of its coastline and most of its important naval ports. Balochistan is the most resource-rich region under Pakistan that abounds in hydrocarbon reserves and several minerals. However, this wealth is looted by Punjabis and their Chinese masters leaving us with the worst education, health, and employment indicators in that country.

In the middle of the COVID-19 pandemic, we have been left to ourselves with no support. In fact, we continue to be targeted by Pakistan’s murderous intelligence services and the mercenary army. Since our occupation seven decades ago, hundreds of thousands of Baloch have been illegally abducted and then dumped dead after torture. Thousands of our women have been raped. Our cultural heritage, the oldest in South Asia and even older than Mesopotamia, has been systematically desecrated. Our self-respect and human rights have been trampled upon. They are also destroying our future by looting our wealth, degrading our environment, and denying education to our children.

The Baloch people have prospered and contributed to the local society wherever they live except in their native place that is illegally occupied by Punjabi-dominated Pakistan. The Baloch people spread across the Gulf region have been contributing to fields as diverse as national defense and sports. Their loyalty and contribution to host societies is a testimony of our noble character and friendship with the people of the region.

In light of our plight and friendly relations with the people of several member states of the OIC, we hope OIC will strongly condemn Pakistan and force it to halt the rape and murder of the Baloch people and the daylight plunder of the Baloch wealth in collaboration with China. We seek observer status at the OIC and the support of this most august body to fight oppression and win back our independence.

We are sure that the OIC will not disappoint their oppressed Baloch brothers and sisters in this hour of need.

Thanks and Highest Regards 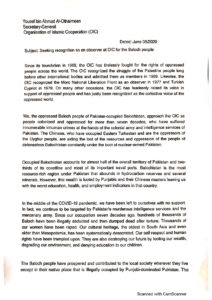 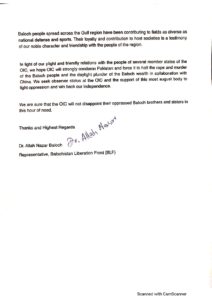